At Corner Booth Media, we are professional storytellers, helping organizations develop and share their authentic stories, and placing them to ensure the right people see it. We believe that whoever tells the best story, wins. Since 2001, Corner Booth Media has built brands, markets, and customers by developing strategies, creating content, targeting digital advertising, and ultimately helping organizations reach their business and financial goals.

Stories are an organization’s most valuable asset, and we’re ready to help you tell yours.

Corner Booth’s founder, creative director, writer, producer and media consultant, Frank Swoboda brings a wealth of talent and experience to every project. Frank wrote and produced the feature film The Basket, Movie Guide’s Family Film of the Year in 2000. With over 26 years of experience in marketing, advertising, communications and entertainment, Frank is also an accomplished commercial director and his on set direction and interviewing skills are second to none. Frank’s award shelf includes a National Addy and a Best of Show at Show West, among numerous honors. Frank is a Spokane native, Gonzaga University graduate, proud dad of Nick and Emma and married to Johanna, the most beautiful redhead in the world. Frank has worked in 12 countries, in over 40 U.S. states and his all time favorite shoots were filming the Parthenon in Greece and the Great Wall of China. He also secretly thinks he’s Frank Sinatra…and sings like him, too.

Dean is finishing his senior year at Gonzaga as an Act Six Scholar, with a Bachelor of Arts in Broadcasting and Electronic Media. This honor is for emerging urban leaders who want to use their college education to make a difference on campus and in their communities at home. Born in Zenica, Bosnia-Herzegovina, Dean immigrated to Spokane as a baby with his parents. Dean is a passionate storyteller, editor and videographer with a huge love of laughter – both his and others. He’s a self-proclaimed could-be model and sarcasm specialist. Can sometimes convert Fahrenheit and Celsius.

What is a business without a strong financial manager? Thelma has 25 years in accounting, quietly keeping us impeccable in all matters financial. She is absolutely perfect in our eyes. Thelma happily spends time with her husband, three daughters, two adorable granddaughters, and mentors young girls as well.

Chris is a recent Eastern Washington University graduate, with a Bachelors of Arts in film. He is from the East Coast and lived all over the US. For as long as he can remember, Chris was into computers and technology. He loves cinematography, visual effects, building computers, and photography. One of his documentaries played at Spokane International Film Festival in 2017 and serves on their board. Chris is kind and patient, with the coolest hair and chucks.

Customer service is the most important part of what we do here at Corner Booth Media, and Kelli Green knows EXACTLY how to keep a client’s virtual water glasses full. There is a rhythm to business and Kelli keeps perfect time.  She is the main point of contact with all of our clients and affectionately refers to herself as the Corner Booth Concierge, as she multitasks schedules, juggles deadlines, keeps all the Corner Booth promises, while simultaneously designing CBM swag, making coffee, offering snacks and cocktails, and just basically bringing joy to anyone around her.

Kelli has been managing projects her entire life.  Now she lives her dream job and won’t hesitate to tell you about it. She even answers the phones, sincerely, with “It’s the best day EVER at Corner Booth Media!” Kelli has tons of experience in social media from managing not only her own brand (she is a fantastic and hilarious performer) but also the social media accounts of several successful businesses in the Northwest. She knows what it’s like to walk in our clients’ shoes.

When Kelli Green says she does “all the stuff & things”, she means it.

A 2021 addition to Corner Booth Media, Cara Coon brings more than 25 years of professional relationship-building skills through communications, public relations, and government affairs and policy roles. Cara is a Spokane native, growing up in Spokane Valley the middle of nine children. She graduated from EWU and aspired to be an English teacher. But life had other plans. Cara spent three years in Seattle and had her two children there, then moved back home to Spokane to raise them close to her family. She honed her communications skills (including crisis!) during the Great Recession while at a local/regional bank, and used them again during the pandemic as a member of the region’s emergency response team, supporting the business community and spreading kindness. Above most things, she is passionate about genuine people and stories. Cara’s two adult kids, Carter and Emma, are her everything, along with their Akita mix pup named Blanca.

Emma has been on a film set her entire life….literally. Emma’s first shoot, at the age of two months, was strapped to her Mom, legendary production designer Tessa Groshoff, as she oversaw the building of an elaborate backdrop. Emma is also an accomplished actor and singer, and delivered her first line on camera, with Dad directing, at the age of two as she rode the landmark carousel in downtown Spokane. This business is literally in her blood.

Now a sophomore at The University of Washington studying business marketing, Emma still finds time to help grow Corner Booth’s organic social media presence and is never too far away from the camera, helping with everything from behind the scenes filming to running down a last minute prop…just like Mom. 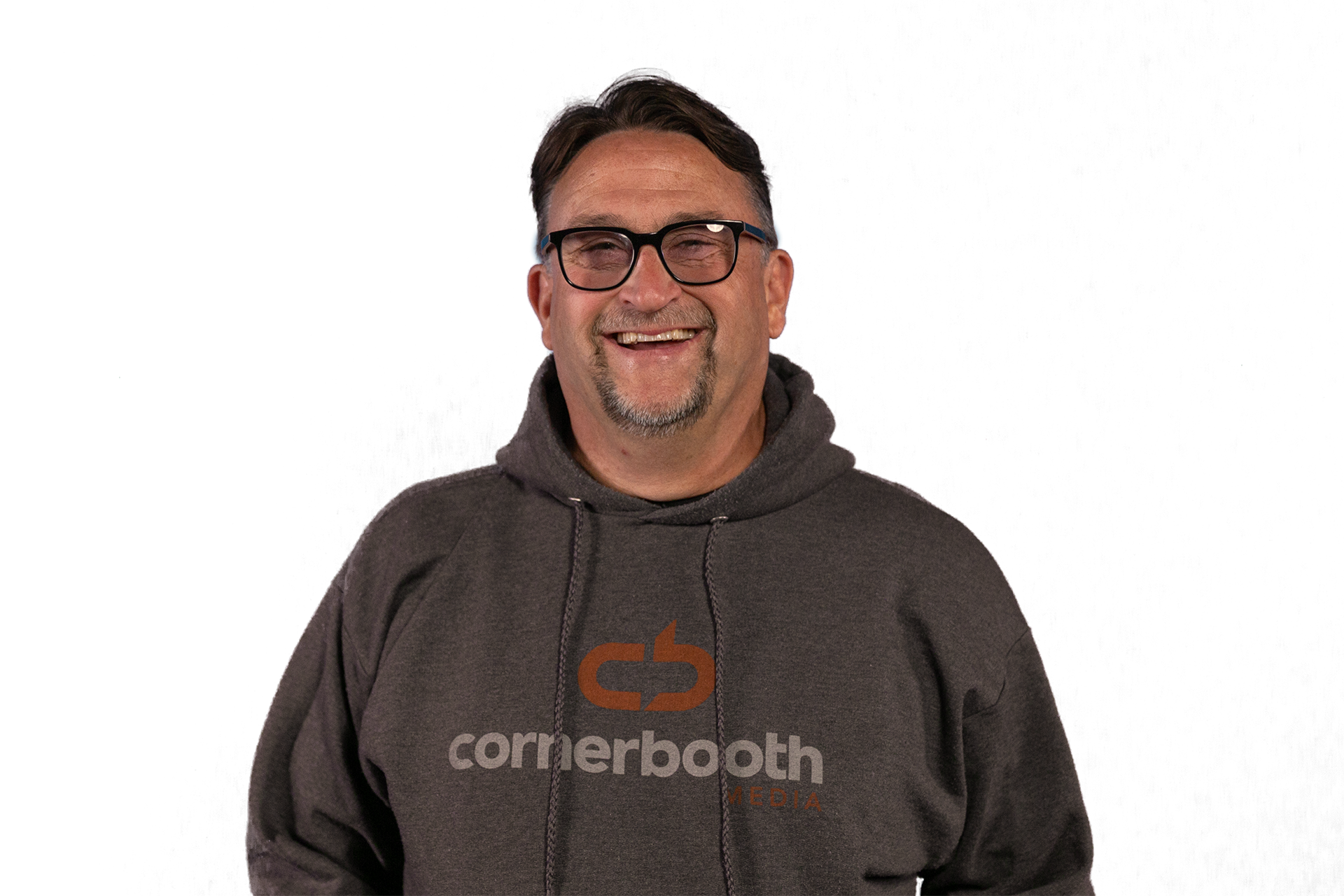 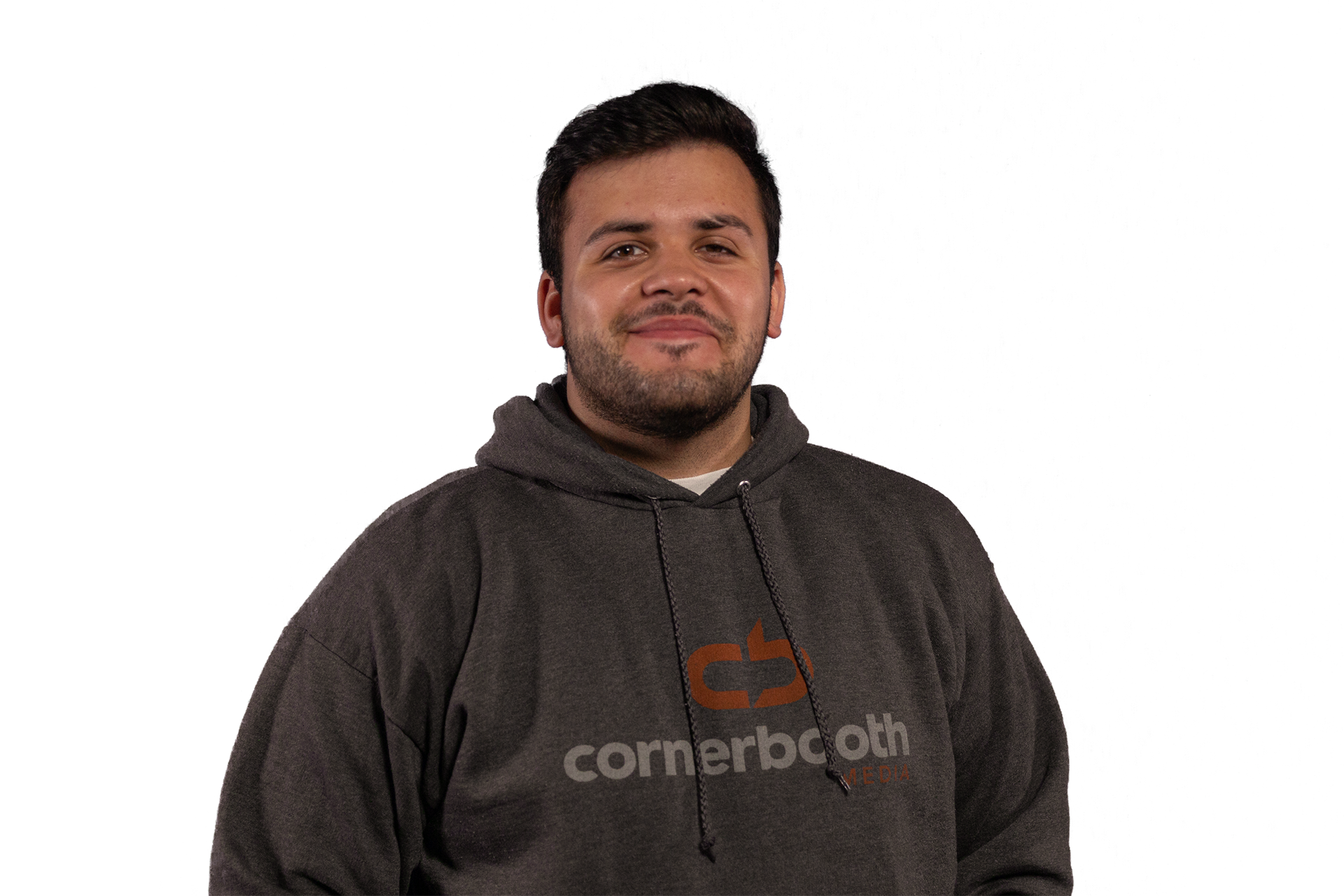 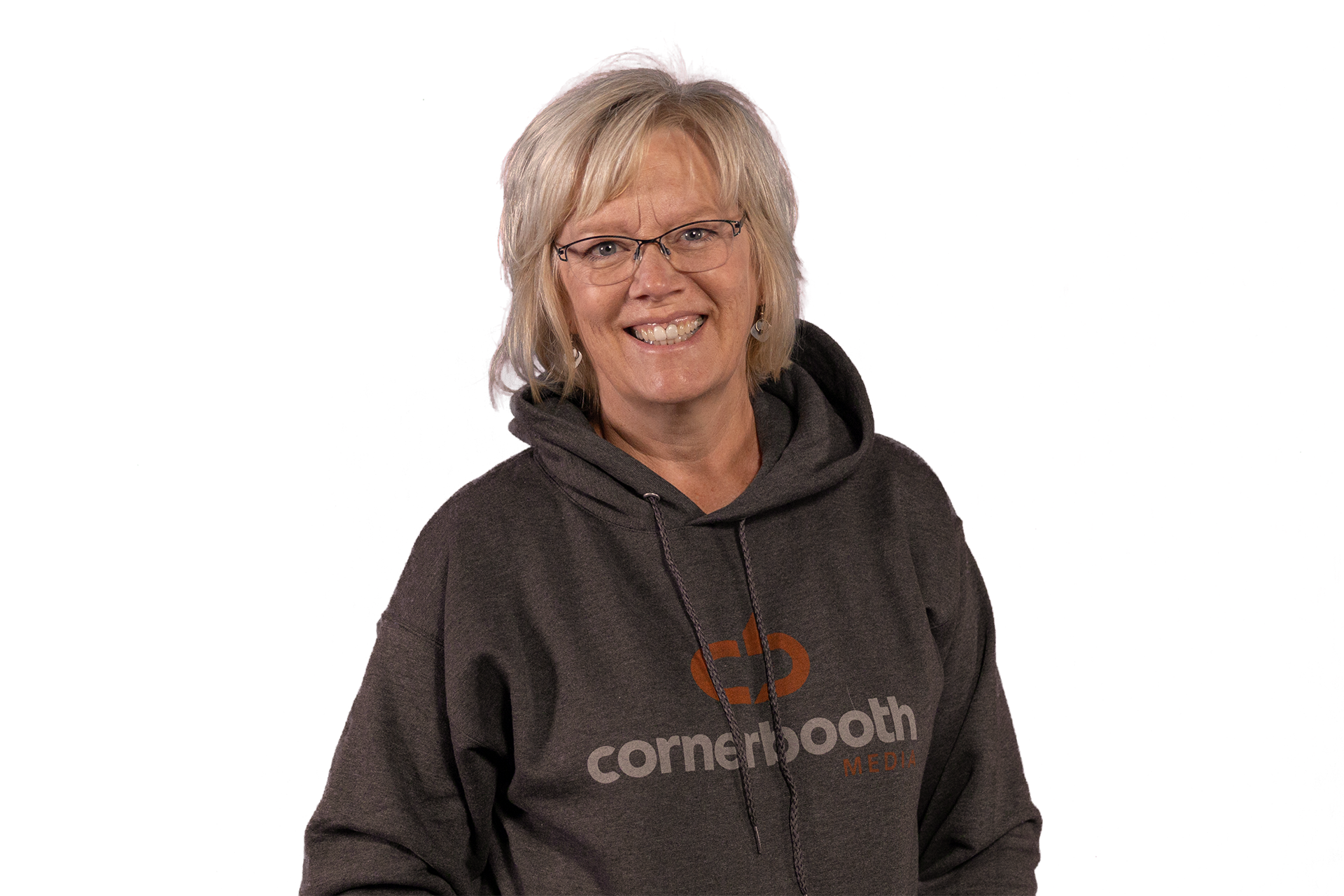 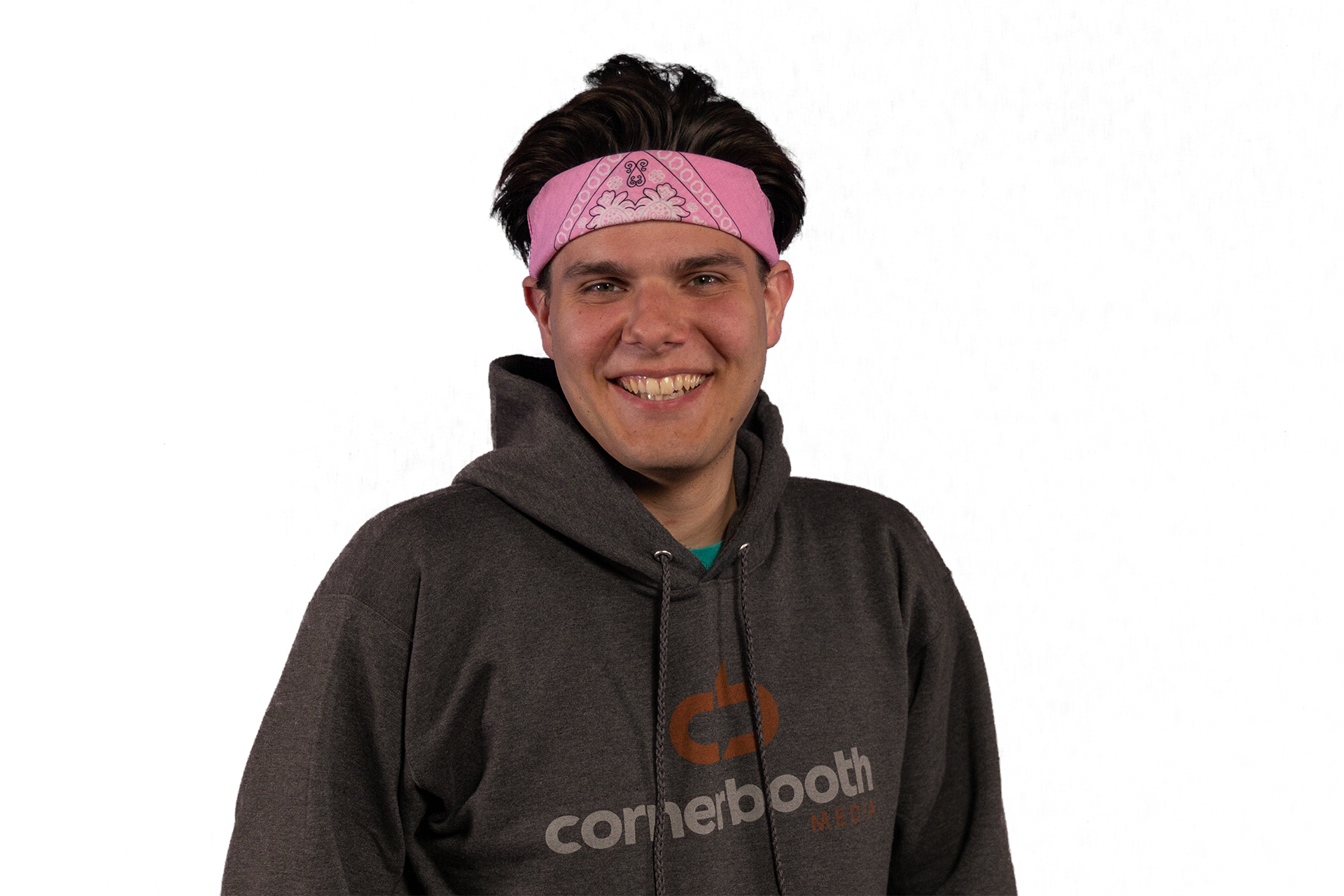 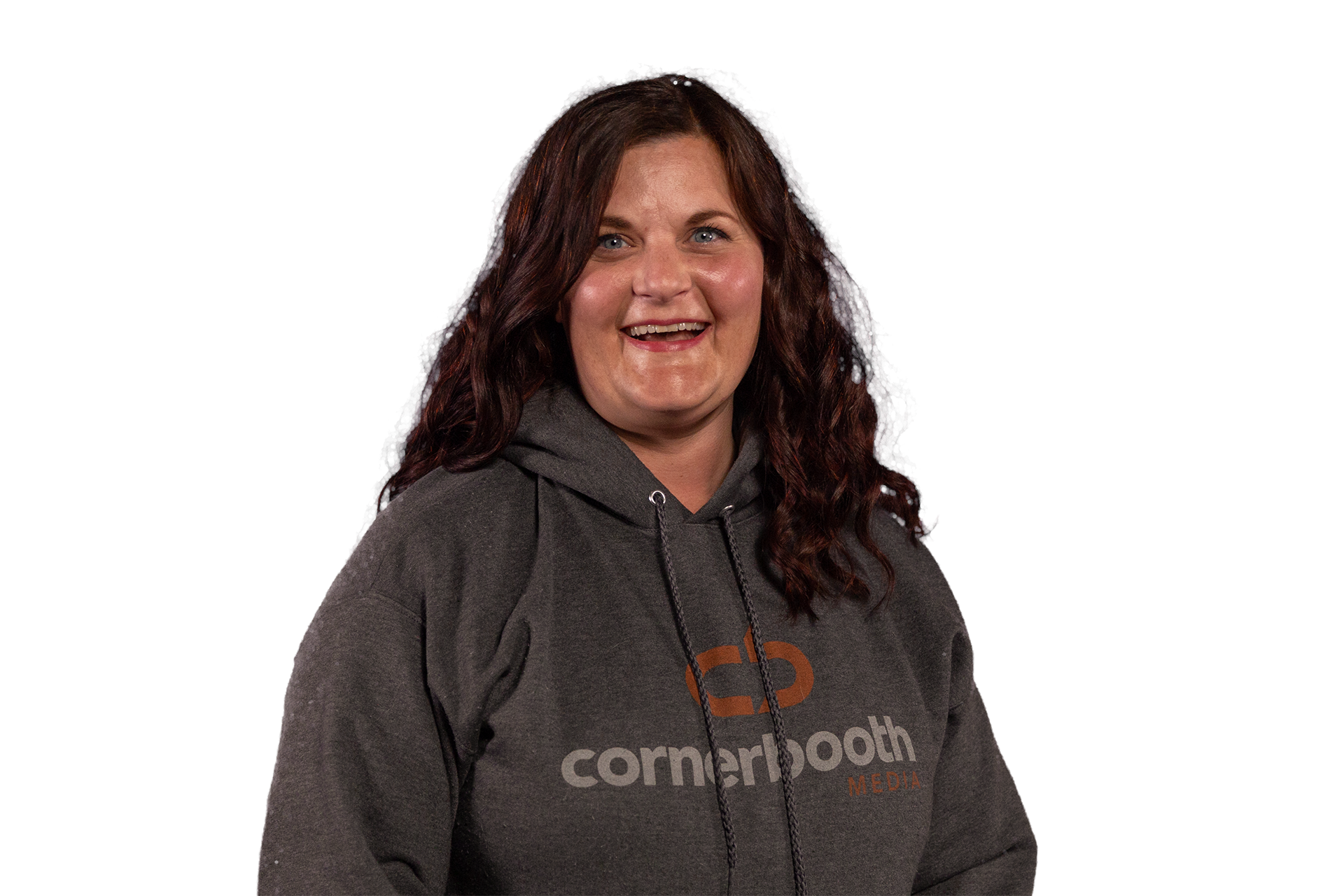 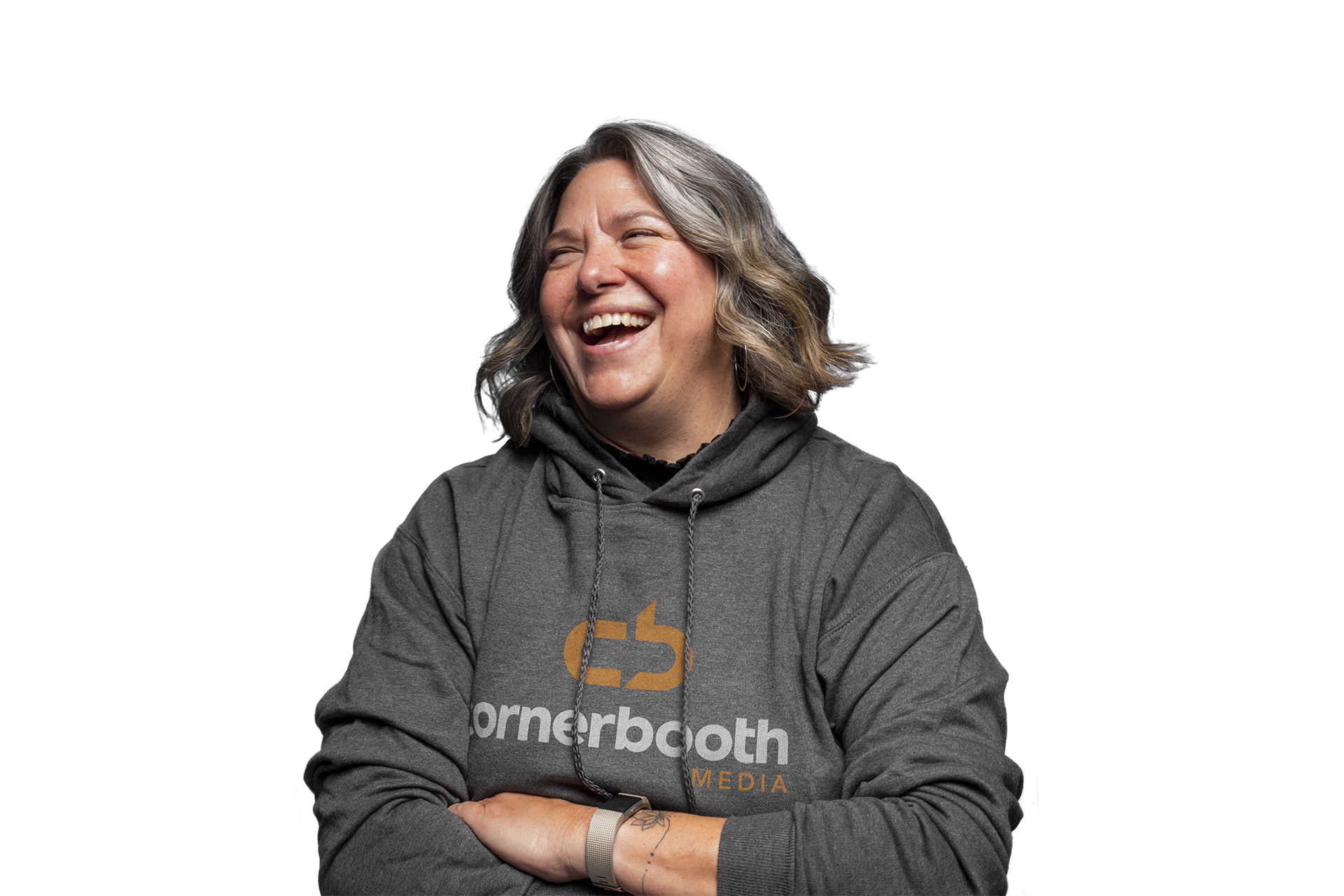 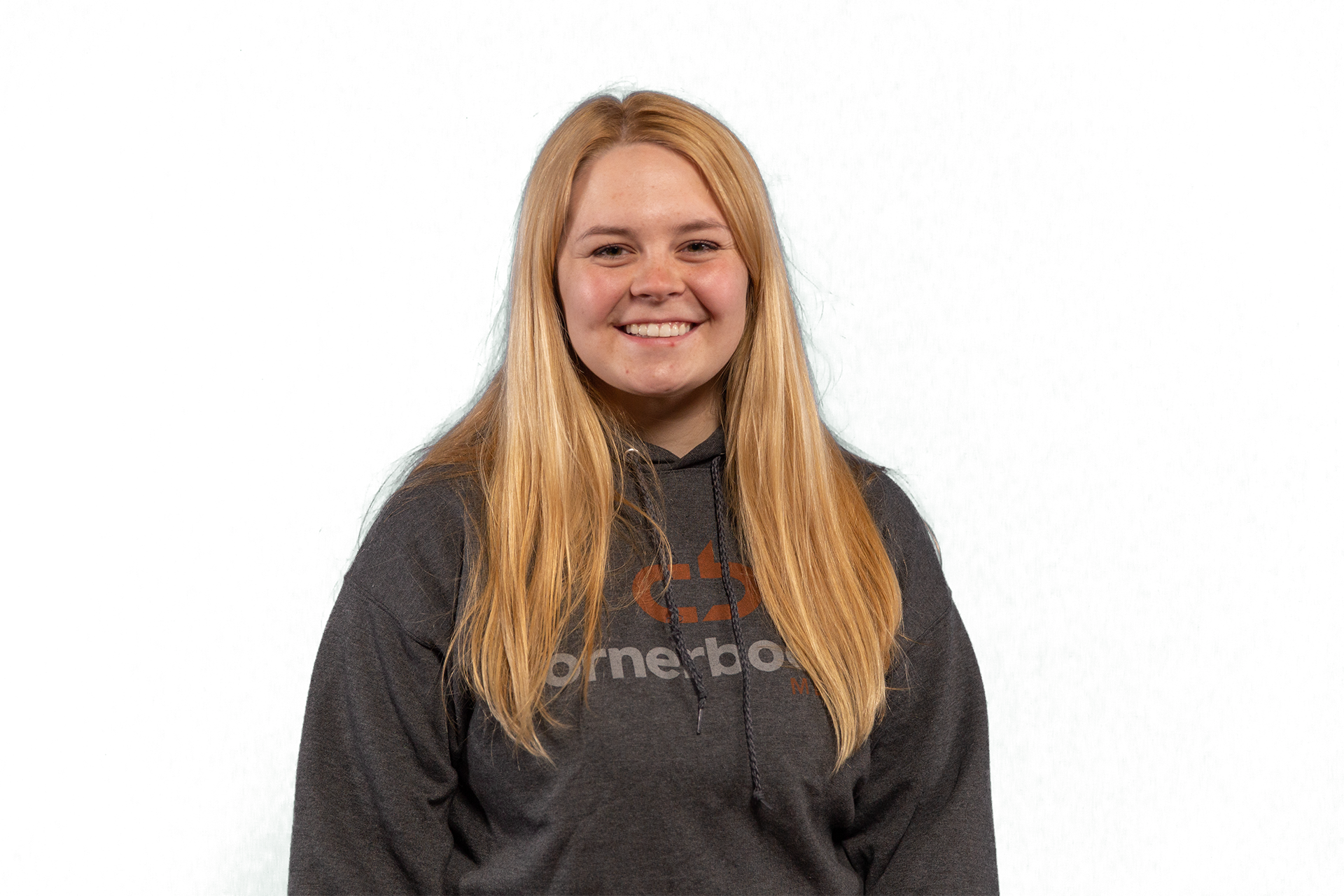 Next Page
what they say
rave reviews